Download
(529.49 Kb)
Reliable samplings of animal bones obtained through five chronological periods from CLXXIX excavation trench on the Bulgar fortified settlement site are examined in the article. The results have made it possible to reveal fluctuations in meat consumption characteristic of this part of the city between the pre-Mongol and the later Golden Horde periods. Throughout all the periods of the city history, beef had dominated meat consumption structure there. The role of other meat animal species underwent definite changes. In the pre-Mongol period, beef was supplemented with meat of small cattle and horses in the diet of the settled population of Bulgar; fish was apparently no less important. In the early Golden Horde period, mutton consumption increased, while the proportion of beef and horse-flesh decreased. By the later Golden Horde period, the share of mutton in meat consumption in this part of Bulgar had increased to reach 42 per cent as compared to 15 per cent in the pre-Mongol period. The surge in mutton consumption in Bulgar in the Golden Horde period apparently means a shift in economic strategies of Volga Bulgaria population and attests to the increasing role of the steppe nomadic population in the economic activity of the region. 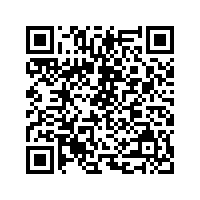