Download
(1.13 Mb)
The article deals with clarification of the characteristic features of the rural district of the Russian town of the Golden Horde era. The object of the study is rural settlements located near Nizhny Novgorod. The purpose of the work is to summarize the results of the study of the rural district of medieval Nizhny Novgorod, obtained over the past decades. Rural settlements are mapped, systematized by their location in the terrain, their classification by size is developed using the methods of economic geography, and the probable share of urban residents in the demographic potential of the region is estimated. The socio-economic interpretation of the settlements that form the basis of the settlement system is proposed. The historical interpretation of the form of the area and geography of the rural district of Nizhny Novgorod is given, and its division into two districts – central and peripheral is justified. The features of similarity and differences between rural districts of Russian cities and cities of the Golden Horde are determined. 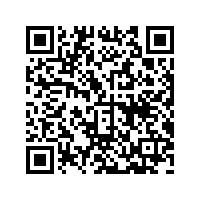