Eski-Crimea: Introduction to the Historical Topography of the City of the Crimean Khanate

Download
(1 Mb)
The paper addresses the main points of the development history of a Crimean Khanate town of Eski-Crimea (Old Crimea), and a graphic reconstruction of its general plan for the last quarter of the 18th century – the final stage of the state’s existence. The reconstruction of the historical topography of the late medieval town was carried out on the basis of three arrays of sources – written, cartographic and archaeological. All essential elements of the historical topography of the late medieval town were recreated. The plan of the quarter development and the street network was reconstructed. Town mosques, a bathhouse, fountains which supplied the townspeople with water, hotels – caravanserais, and shopping arcades were localized. The location of the town market and an early mosque built in 1263 was determined. It is suggested that the area around them marks the early region from where the town began to expand and where it is possible to find the earliest cultural layers associated with the emergence of the town. By the final stage of the existence of Crimean Khanate, the area of urban development in Eski-Crimea was about 29 hectares. 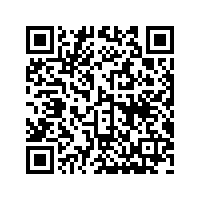