Download
(809.73 Kb)
Findings of structures remains discovered during excavations on Medieval Mongolian Sites in Eastern Trans-Baikal Region were summarized in the article. They were excavated during exploration of Alestui Mansion, at Khirkhira fortress, as well as at Konduy town site. The similar findings at Sutai Mansion in Buryatia, at Den-Terek fortress in Tuva, Karakorum, Shangdu, at Avraga fortress in Mongolia can be drawn on for comparison. In addition to traditional archaeological methods of the material investigation, an anatomical study of wood has been accomplished at Federal Scientific Center of the East Asia Terrestrial Biodiversity FEBRAS (Vladivostok). The study results evidence that some of samples collected belongs to Pinaceae, and one of them is the wood of Larix gmelinii or Dahurian Larch, vegetated in this region. Despite of rarity and fragmentariness of this kind of sources on Medieval sites of Central Asia and Far East, it was found out that the wood of local origin was utilized by the Mongols for monumental objects construction. This research is only a part of work on construction materials investigation of Medieval Mongolian Archaeological Culture. 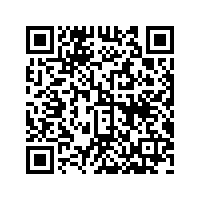