Download
(687.6 Kb)
The article deals with arched decorations from the burial grounds in the Vetluga–Vyatka interfluve of the 9th – 10th centuries. Some of the decorations are introduced into scientific discourse for the first time. Two groups of items are revealed: 1) pendants with a solid plate, 2) pendants with a "slotted" base. The pendants of the first group are original in their manufacturing method, ornamentation and additional details. The arched shields of pendants of the second group with the image of a sprout, three-sun and a rhombus are similar to products of the Perm Cis-Urals, South Urals, Bolshiye Tigany and Tankeyevka burial grounds, which have a connection with the Ugric culture. Despite the similarity of the main pendant shields, these decorations in the Vetluga-Vyatka interfluve have a special set of component parts, ways of connecting the base with additional pendants. Both groups are characterized by pendants in the form of 2 connected spirals, which make the decoration original. So, the arched pendants of both groups are not an exact copy of the adornments of neighboring territories; they have their own appearance and their original use in costume as breast adornments. It is quite possible that the shields for adornments of the second group were brought from the Cis-Urals, but the decoration was completely formed on the spot in accordance with their ideas and traditions. 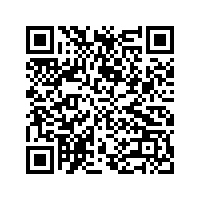