Download
(867.71 Kb)
The paper presents morphological description of horse remains from the elite burial complex Tsaram dated to the Xiongnu period. The complex is located in the Kyakhtinsky district of the Republic of Buryatia (Russia) and consists of one central burial № 7 and accompanying funerary objects. In the grave pit of the largest burial a typical Han chariot was found, which was damaged during later intrusions. The skeletal remains (skull, two cervical vertebrae, metapodials and phalanges) belonged to one stallion were excavated near the chariot. At the northern edge of the grave pit the sacrificial complex with numerous remains of domestic animals was discovered. The animal sacrifice included remains of 25 horse individuals, both males and females. All bone remains originate from incomplete skeletons: only bones of the head, distal parts of the forelimbs and hind limbs are presented. The anatomical composition of the skeletons suggests that in the funeral practice horse skins were used instead of whole carcasses. Among sacrificed horses, adult and senile individuals predominated. The number of young individuals is small, while juveniles are absent. The withers height attributes horses to the small, short and medium Vitt's categories. The chariot horse had a larger body size than other horses. The morphometric analysis demonstrates that Tsaram horses are different in the size and proportions of the limb bones from the Paziryk and Bulan-Kobin horses. 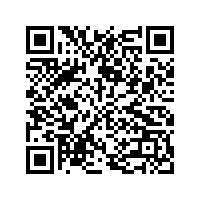