Download
(1.11 Mb)
The article examines the finds of ring-shaped buckles of Andreevka – Piseraly type discovered on the territory of the Oka-Don watershed. All the finds are from the sites of the Upa 2 and date back to the period of the I-st century and the beginning of the 2nd century. Some of those finds belong to the layer connected with the attack on the fortifications of the indicated place. The analysis of the chemical contents of five finds showed that they were made of high-alloy triple bronze. The metal of the items is closer to that of the forest-steppe and steppe zones. There have been distinguished two types of buckles. Within the current working hypothesis there has been put forward a scheme of the evolutionary development of the items under discussion. The finds of the first type have direct analogy with sites of Andreevka-Piseraly type and Pyany Bor culture of the first centuries AD. The buckles of the second type are known only on the territory of the Upper Oka. The appearance of the latter type of jewelry on the indicated territory is likely to be connected with traditions of forest-steppe settlements of the Upper and Middle Don region in the Scythian and Sarmatian periods. 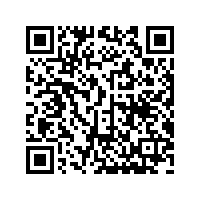