Download
(1.12 Mb)
The article is devoted to a series of local discoveries relevant to a Т-shaped spring fibulae (after A.K. Ambroz). By the present moment there have been found fourteen samples so far, all of which come from the territory of Kaluga, Moscow and Tula Regions. All those items are connected with sites of the Moschino culture, located in the Upper Oka Basin. They date back to the beginning of Migration Period (the end of the 4th century – the 5th century). This work presents a typology of the items discovered, as well as a catalogue of them. The author touches upon the questions of the origin and chronological order of fibulae of the Kartavtsevo–Serensk type. By the beginning of Migration Period the inhabitants sites of the Moschino culture had worked out their own tradition of producing fibulae (the Upper Oka fibulae with a “knob”) and actively used ones imported from the territory of the Chernyakhov culture. According to the author, a new type of fibulae appears within the framework of the existing tradition under the influence of the eastern (the territory oh the Middle Oka) and western cultural impulses. 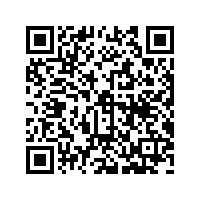