In the beginning of the early Iron Age, the banks of the Vyatka and Vetluga rivers were populated by the carriers of a material culture belonging to the Ananyino cultural and historical area. One of the brightest elements of this culture was ceramics decorated with comb and cord ornaments. In the 1990s and the early 21st century, a name was suggested for the Vyatka antiquities of the initial phase of the early Iron Age, which reflected this very element of its material culture – the Ananyino culture of comb and cord ceramics. This paper features the results of an analysis of ceramic complexes from the Vyatka sites of the Ananyino period. The authors noted that throughout the entire existence of the culture, the number of comb and cord vessels was small and rarely exceeded the threshold of 16%. In addition, they established that comb and cord ceramics was widely spread only at the early stages of the culture’s existence; at later stages, the tradition associated with its manufacture had been lost. The discrepancy between the name and nature of the culture suggested that the authors should correct its present name. Instead of the currently used term – the Ananyino culture of comb and cord ceramics, it was proposed to introduce a new name – the VyatkaVetluga culture. 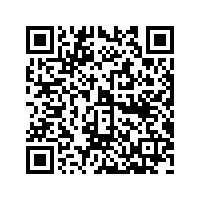