Загрузить
(835.31 Кб)
The article outlines the main results of the investigation of Bilyar fortified settlement – a unique monument of medieval East-European archaeology located in Alexeyevsky District of the Tatarstan Republic. A small amount of information on Bilyar has remained in Ancient Russian chronicles (in which it is referred to as Great Town) and the works by 10th – 14th century Arabic and Persian authors. The monument has been known to historians since 18th century, but its archaeological excavations only started in 1967. For 20 years researchers studied its fortifications, five urban burial grounds (including a necropolis of nobility in the centre of the town), discovered the ruined remains of three brick buildings and a white-stone Cathedral Mosque with a free-standing minaret, craft workshops (pottery, glass-making, blacksmithing and metallurgical), as well as tens and hundreds of common dwellings, utility structures and wells. The discoveries made by Bilyar expedition received a positive reaction from the archaeological community of the country. Since late 1980s the activity of the expedition gradually decreased due to the absence of adequate financing. Minor protective excavations were generally performed in the neighbouring villages. Investigation of the settlement it self continued in 2015. The necessity of continuing systematic excavations in Bilyar and the surrounding monuments is evident from both the scientific and practical viewpoints – application of investigation results for the purposes of tourism. 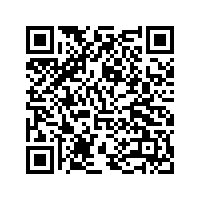