Concerning the hidden treasure of Russian coins of the XV–XVI centuries discovered at Kazan Kremlin on Мay, 4th, 1909

New data, recently discovered by the author, on the hoard of 15–16th-century silver coins previously little known to the scientific community, which had been found in the territory of the Kazan Kremlin in 1909, are published. Correspondence of the Governor of Kazan, kept in the National Archives of the Republic of Tatarstan, as well as reports of the Imperial Archaeological Commission serve as information sources. The circumstances of the hoard discovery, its examination, and subsequent fate are described. The mechanisms of state regulation of precious finds circulation in the territory of Kazan Gubernia (Province) are revealed. It has been established that the hoard had been sent to the Imperial Archaeological Commission, and later returned and deposited with the Church Archaeological Society of Kazan diocese. The documents of the latter may serve as a source of information about the whereabouts of the coins after 1913. 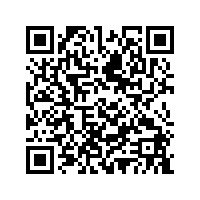