Concerning relationship between production technology of ceramic vessels and their functional purposes: characteristic of the pastes (According to investigations at the Bolgar settlement 2011-2012)

Results of research in the mode of preparing molding compositions as one of technological stages in Bulgar pottery production are presented in the article. The subject of study was the common Bulgar ceramics from the Bulgar settlement site of the Golden Horde period (2011–2012 excavations). Four basic functional groups of ceramics were selected: kitchen, transportation, tableware, technical items. The study was conducted with the aim of identifying the dependence of pottery technology on the pottery functional purpose. While analyzing the materials, a complex methodology has been applied: a synthesis of traditional archaeological and natural science methods (A.A. Bobrinsky’s technical and technological method, petrography, X-ray phase analysis). The studies have shown that different functional forms of pottery had generated a variety of approaches to their manufacture. In most cases, special recipes were absent, but a certain differentiation could be traced in the choice of raw materials for the manufacture of vessels for different functional purposes. A further detailed study of the stages associated with raw materials selection and extraction, as well as that of the vessel hollow body design, and the methods of vessel strengthening (drying and firing) are in prospect. 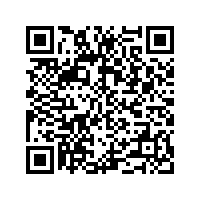