Numismatic materials from the excavation trench CLXVIII at the Bulgar settlement

The finds of coins of the Golden Horde period from excavation trench CLXVIII located in the central part of the Bulgar fortified settlement site are examined and systematized in the article. Basic data on the numismatic material are presented in the form of tables. All in all, 40 coins were found: two silver and 38 copper ones. Of these, two coins are dated to the 13th century: a silver one (mint of Kerman) and one copper fels of Argun, the Mongol ruler of Iran (mint of Yazd?). The remaining coins were issued in the period of the 1320s through to the early 15th century. They were minted at the Bulgar, Saray, Saray al-Jadid, Gulistan and the Crimea mints. Bulgar emissions are represented by ten copper coins issued between 720 and 736 CE and, presumably, one most recent coin of the early 800s CE. 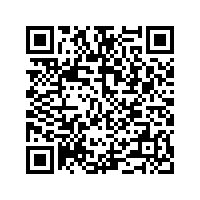