Mausoleum of the XIV century in the southern part of the Bolgar settlement (excavation trench CLXXIV). Research 2012

The results of archaeological studies on the remains of a stone mausoleum, discovered in the southern part of the Bulgar fortified settlement site in 2012 are published. The preserved remains of the building include only a 2.7-meter-long section of the eastern wall foundation, the northeast corner, and pylon bases. Despite a considerably ruined condition of the building, it was possible to fix its form, width and depth of the unpreserved foundations on the basis of the massifs consisting of tightly rammed crumbs and small-size white stones. Under the foundations of the mausoleum, a ditch of yet unclear purpose, round in plane, about 10 m in diameter, was uncovered. The construction can be dated to the late 14th century. The layout of the building is in general lines similar to other known mausoleums of the Bulgar fortified settlement site. Inside the mausoleum, a burial of at least 9 individuals in wooden coffins was found, and around the building the presence of a large cemetery was discovered. 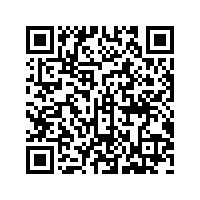