Historical topography of the Tsarevskoye settlement

The topography of the Tsarev settlement site, one of major Golden Horde monuments in the Lower Volga region, is analyzed. The first descriptions of the settlement refer to the second half of the 18th century, while the initial large-scale excavations on the monument were conducted in the mid-19th century. By that time, the scientific community had adhered to the opinion that the ruins of Sarai (the city mainly associated with the Tsarev settlement site) would stretch to a great distance from the Akhtuba river-head to Kolobovka village. The results of archaeological research of the 20th – early 21st century make it possible to challenge this view. To date, it is an established fact that the size of the actual urban area had constituted 5 x 2.2–2.3 km. The southern part of the city was occupied by the estates of the nobility, the central and northern parts were represented by trade and artisan quarters. Around the city, there were suburban cemeteries, including brick mausoleums (the ruins of which could be mistaken for the remains of dwellings in the 19th century), as well as the areas of irrigated agriculture. 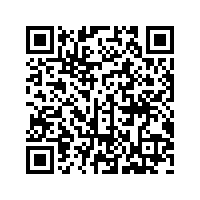