Bulgarian ethnos according to A.Kh. Khalikov’ works: scientific concept and its theoretical bases

The article is devoted to the problems of Bulgar and Tatar ethnogenesis studied in the works of the prominent Kazan archaeologist A.Kh. Khalikov. His concept was based on the fact that a number of ethnic groups (Turkic, Finno-Ugric, and East Slavic) participated in the formation of these peoples and that the key role in these processes was played by their mutual cultural influence. The concept of ethnogenesis and ethnic history of the Tatar people offered by A.Kh. Khalikov was a serious theoretical breakthrough against the background of both ideology-biased historical schemes of the Soviet era and the various nationalist ideas, differing from them by a comprehensive, integral scientific analysis of predominantly archaeological data. At present, however, when theoretical and factual bases of historical and ethnological research have considerably expanded, a number of conflicting issues have arisen in the framework of this concept, which, therefore, require new approaches to their solution. 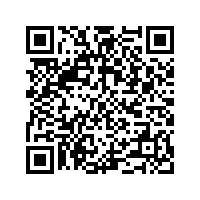