A luminary of tatar archaeology. To the 85th anniversary of the birth of A.Kh. Khalikov

The article is devoted to scientific activity of Alfred Khasanovich Khalikov (May 30, 1929–July 24, 1994), an outstanding scholar, Dr. habil. (History), Professor, corresponding member of the Academy of Sciences of Tatarstan, a renowned specialist in archaeology and ancient history of the Turkic and Finno-Ugric peoples of the Volga-Ural region. A.Kh. Khalikov was a pioneer discoverer of hundreds of monuments referring to different archaeological periods, from the Paleolithic to modern times. However, the principal sphere of his scientific interests was medieval archaeology and history of the Volga region peoples. As head of major archaeological expeditions, such as the Mari, Tatar, Bilyar, “The Kazan Kremlin”, etc. ones, A.Kh. Khalikov had emerged as organizer of large-scale research in the territory of Tatarstan and other republics and regions of the Middle Volga region for 40 years,. A.Kh. Khalikov created an extensive cultural-chronological scheme of the Stone, the Chalcolithic, the Bronze and Early Iron ages in the Volga region, offered his own concept of ethnogenesis of the Finno-Ugric and Turkic peoples of the region. A.Kh. Khalikov authored over 400 articles and 20 books covering the origin and early history of the peoples of the Middle Volga and Ural regions. On his initiative, a complete list of archaeological monuments of Tatarstan in 6 volumes was created. Preservation of monuments of history and culture was an important direction of his activities. Professor A.Kh. Khalikov was engaged in fruitful teaching process at Kazan State University and created his own scientific school. 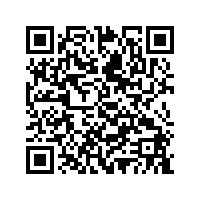