Download
(412.79 Kb)
The work of the National Center for Archaeological Studies named after A.Sh. Khalikov with the Institute of History named after Sh Mardjani of the Academy of Sciences of the Republic of Tatarstan (NCAS) in 2013 was conducted within three Departments: prehistoric and medieval archaeology, conservation studies, and a bioarchaeological laboratory. The basic problems were: “Archaeology of the ancient population of the Volga-Kama: the formation and interaction of cultures”; “Medieval Turkic-Tatar civilization: the emergence, development, interaction with the peoples of Eurasia”; “Anthropology and genetics of the ancient population of the Middle Volga region”. Within the project on “Geographic information systems of Tatarstan archaeological heritage”, preparatory works for monitoring of the condition of cultural heritage objects located in the Kuibyshev and Nizhnekamsk reservoirs zones of influence were conducted. Archaeological fieldwork was conducted in the framework of the Primitive, Early Bulgar, Kazan, Bulgar, Lower Volga, Sviyazhsk archaeological expeditions and Preservation and salvation expedition in the area of Nizhnekamsk and Kuibyshev reservoirs. Beyond the Republic of Tatarstan, exploratory research was conducted in the territory of the Chuvash and Mordovian republics, Ulyanovsk and Samara Oblasts. The study of monuments in the Lower Volga region continued in collaboration with colleagues from the Astrakhan Oblast and the Republic of Mari El. Joint international archaeological research was carried out in the territory of the Republic of Bulgaria and Ukraine. 5 conferences were organized, including 4 international ones. The NCAS staff participated in 16 conferences, including 11 international ones. 2 Doctor habilitatus and 3 Doctor’s theses were defended. 5 collections of articles and theses, and 4 issues of the “Privolzhskaya arkheologiya” (Volga region archaeology) were published. The NCAS staff prepared 216 publications, including 6 monographs. The “City of Bolghar” atlas deserves special mention: it is an academic work summarizing the research of archaeologists of the Republic of Tatarstan for many decades and their studies of the versatile problems of the Golden Horde civilization formation and development. 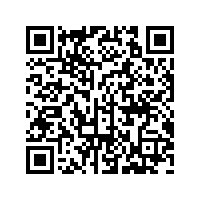