Download
(668.21 Kb)
A bronze amulet in the shape of a horseman found on the citadel of the Sidak fortified settlement site in Turkestan district, Southern Kazakhstan oblast is described in the article. Similar findings are met on the vast Eurasian area ranging from Mongolia to the Urals. The published item may be referred to a series of similar finds from the handicraft centers located in the Syr Darya river basin, such as Khujand, Kanka, and, lately, Sidak. Handicraft centers of Sogdiana are traditionally regarded as places of their manufacture. However, no finds of the kind are mentioned at proper Sogdian towns (Penjikent, Paikend, Afrasyab, etc.), which have been thoroughly studied. Hence, the author makes a conclusion that these amulets, as well as many other pieces of jewelry were manufactured in the 7th to 8th centuries AD at the handicraft centers of Chach, a state formation comprising the Middle Syr-Darya River oases at the time. This region was inhabited by the descendants of the ancient Kangju state inhabitants, who inherited cultural traditions of the past, including the myths about the hero-horseman. 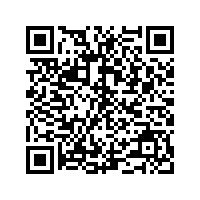