Download
(816.37 Kb)
The article is devoted to the results of the Ural Archaeological Expedition (UAE) investigations of the Isker settlement site headed by V.A. Gening in 1961–1969. The expedition was aimed at survey investigations on the Iron Age sites located in the forest-steppe zone of the Middle Irtysh area and at determining their periodization. In particular, a number of sites referring to the Siberian Khanate period were excavated by the UAE, including a Kuchum fortified settlement named Isker (excavations were headed by the author). The site is located on the right bank of the Irtysh River near present-day Tobolsk city. The 1968 studies confirmed the apprehension expressed by scholars as N. Spathari, P.A Slovtsov, G.F Miller, M.S Znamensky, V.N. Pignatti and others, who had visited the site in the 17th through to early 20th cc., concerning an inevitable collapse of the hill fort site in the near future. The complex stratigraphy of the site was noted; an assemblage supposedly connected with the metallurgical process (the fact confirmed by written sources) was discovered. 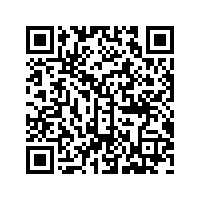