On the dwellings of the Glyadenovskaya culture and some aspects of adaptation to natural conditions and features of economic activities by the ancient Permians(back to V.F. Gening’s researches during the middle of XX century)

Download
(600.27 Kb)
Typical features of Upper-Kama dwellings characteristic of the final stage of the Early Iron Age, which have become a “calling card” of the Glyadenovo cultural community (the so-called Fedotovo type), are analyzed in the article. In the past half-century, the data on dwellings investigated by V.F. Gening at the Fedotovo fortified settlement have been substantially completed by materials from the newly-excavated settlements. It is suggested that the differences in dwelling construction technology on different Glyadenovo culture sites cannot be invariably regarded as cultural and chronological features but often bear an adaptive character, i.e. depend on the natural environment. The version of the Fedotovo dwellings reconstruction proposed in the early works by V.F. Gening also needs some correction, which is offered by the author in accordance with a number of features. 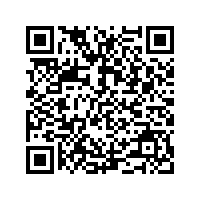