Download
(716.88 Kb)
The categories of stock-in-trade items found during excavations of the city market building on the Bolgar city of the Golden Horde period are discussed. According to the numismatic data, the bazaar was constructed in the 1340s or 1350s, and its destruction, accompanied by a strong fire, happened in the 1360s or 1370s. The stock-in-trade items include parts of scales, weights, touchstones, lead seals. The weights of copper and lead vary in weight and origin, some bearing marks, probably indicating the weight. An attempt was made to relate them to the weighing systems common in the Muslim East – the Baghdad and Khwarezm ones. Weights and seals of Western European origin are also met. There is a group of bronze weights with relief images and lead filling inside, which had been previously attributed as “seals” or “stamps”. A series of lead pendent seals from the towns of 14th-century Flanders (Tournai, Ypres, etc.), which used to be attached to rolls of fabrics, is of interest. The absence of connection between lead mushroom-shaped weights (still called “seals”) with trade is established: they were probably intended for domestic purposes. 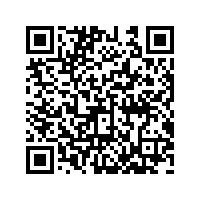