Concerning some rare coins of the Khorezm hidden treasure

Download
(471.09 Kb)
Two silver dirhams of Khwarezm, dated to 670 AH/1271AD, with an unusual tamga are analyzed in the article. The coins come from a hoard located in the territory of Turkmenistan, the exact place of discovery being unknown. On both coins under consideration, a new, previously unknown type of tamga has been discovered. Typologically, it belongs to the tamgas of the house of Chagatai. A comparison of the dates of the coins with the information about the 1270s events in Khwarezm made it possible to determine that the tamga belonged to Negubei of the house of Chagatai. The finding also confirms that Kaidu (Qaidu), the khan of the Chagataid state, retained the right of the Chagatai Ulus owners to participate in the distribution of income from Khwarezm from the beginning of his reign. 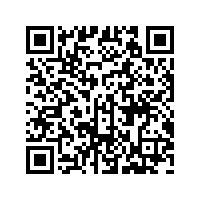