Download
(906.17 Kb)
The article refers to the archaeological research carried out at the memorial complex Eleke sazy. The monument is the only known to date ancient Turkic memorial structure of the khagan appearance in Kazakhstan. Among the things found in the temple, samples of the artistic creation of the ancient Turkic masters stand out. The authors especially note the elements of the type-setting belt, which are defined as the highest insignia and symbols of power of the elite. The genre composition on the front surface of two gold plaques of a type-setting belt is described in detail. They depict a crowned character on a zoomorphic throne, accompanied by servants. The attributes and elements of the characterʼs costume are considered separately. Particular attention is paid to the throne, goblet, composite crown and two ribbons. In general, the images on two overlaid plaques are interpreted as the image of the “Great Khaganˮ from the Ashina clan. 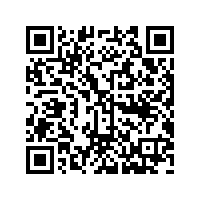