The Golden Plate with the Picture of the Horned Animal from the Northern Altai: the Traditions of Animal Style and the Artistic Experiment

Download
(751 Kb)
The article is devoted to the analysis of the unique syncretical creature’s picture, depicted on the golden plate from the burial ground Karban-2. The golden plate with the picture of the horned animal was found in the near-bottom part of one of the robbed Pazyryk burial mounds. In this article there is a try to define the place of a two-humped “camel” with horns in the system of the figurative plot of Scythian Siberian animal style. The general stylictics of the representation of the character’s horns, legs and head and the usage practice of the plate for the decoration of head dress refer to transcultural components. The local ethnographic features are reflected in the choice of the camel’s figure as a base of a created image, in the combination of a main picture and extra elements of a local griffin and elk iconography. The authors conclude that the Karban plate represents a distinctive imitation of the decorations exterior in Scythian Siberian animal style, the result of a definite artistic experiment. 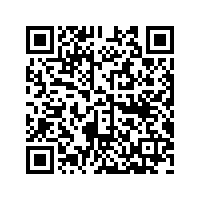