Download
(602.21 Kb)
Large-scale rescue archaeological excavations were taken during construction of Gazigulu reservoir in western part of Azerbaijan Republic in Tovuz district of Azerbaijan in 2007-2009. Necropolis of the Late Bronze – Early Iron Ages (second part II – beginning I millenniums BC) was studied there. The site belonged to Khojaly-Gedabey archaeological culture. Gazigulu necropolis is situated at the plain, at the left bank of Tovuzchay River (the right inflow of Kura River). In total 18 burials were excavated at Gazigulu necropolis including 16 burials, which were identified as the graves with stone floors mound, another two burials were simple earth graves. The skeletons were buried in crouched / strong crouched position at left or right sides. Archaeological materials mainly,consist from the different types of ceramic vessels, metal wares and adornment. According to the author's definition, the Gazigulu burial rite was identical to the common burial traditions of population of the region during the period under study. 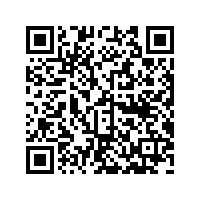