Download
(1.06 Mb)
The paper discusses the metal items found in the territory of the Tatarsky-Azibey III site in 2020. The complex of metal items collected from the surface includes: five knives, a socketed axe with a frontal eye, a plaque, and an ornamented cutting tool. A bronze string was discovered within structure 1, excavation I. Based on the identified counterparts and chemical composition, these items belong to the late stage of the Lugovskaya culture and the Atabaevo stage of the Maklasheevka culture (16th/15th –13th centuries BC). A cutter (knife) for working with leather was crafted in a relatively earlier time period. Probably, this tool was initially the handle of a Seima-Turbino type of dagger, which was broken in antiquity. Thus, the time of creation of this item, similarly to the dagger handle, dates back to the Seimino chronological horizon of the late 3rd – first quarter of 2nd Millennia BC. The metal items discovered in the territory of the Tatarsky-Azibey III site are not related to the settlement hoard category; they appeared in the cultural layer as a result of unintentional actions of the carriers of Late Bronze Age cultures. 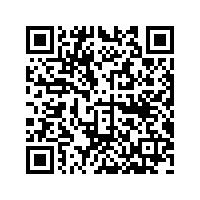