Download
(782.61 Kb)
Three complexes of the Bronze Age have been studied in the II burial mound near the village Vtoroe Imangulovo II in the Oktyabrsky district of the Orenburg region. These include: the Volga-Ural post-catacomb time, the Abashevo and the Srubnaya–Alakul time. The population that left them chronologically changed sequentially. It has been established that the burial of the Volga-Ural cultural group was performed at the turn of the middle and late periods of the Bronze Age, the Abashevo burial – at the beginning of the Late Bronze Age, and the Srubnaya–Alakul burial belongs to the period of the rise of the Late Bronze Age. The burial complexes with post-catacomb and the Abashevo cultural attribution are rare for the territory of the Western Orenburg region, as well as for the whole Volga-Ural region. Meanwhile, these formations played an important role in the cultural genesis of the Late Bronze Age of the region, so their timely publication seems relevant. 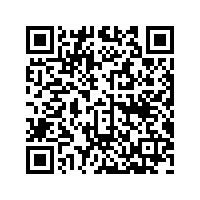