Download
(721.58 Kb)
The paper presents the results of the study of non-ferrous metal products that were found at the hillfort Serny Klyuch with an area of about 1000 m2, located on the top of a high (20–25 m) limestone cliff near Nyazepetrovsk town in the upper reaches of the Ufa River. The hillfort contains materials from the last five millennia. In 1989–1993 archaeologists of the Ural State University uncovered half of the monument with the remains of fortifications, metallurgical furnaces, production sites, industrial and residential premises. Items made from non-ferrous metal were found here as well as wastes of its production (55 specimens). These findings relate to a small camp of metallurgists of the late 3 – early 2 millennium BC of the South Ural Abashevo culture, a non-fortified settlement and a powerful fortified metallurgical center of the 6th/5th – 3rd centuries BC of the aboriginal Itkul’ culture and the ancient fortified settlement of the 8–12 centuries, which belonged to the bearers of the local Petrogrom culture. Spectral analysis of the metal of 34 items, carried out in the laboratory of the Institute of Archeology of the Russian Academy of Sciences, showed that tools, weapons and jewelry were cast from “metallurgically” pure and “contaminated” copper (29 pieces) and bronze (5 pieces). 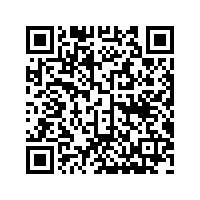