Download
(565.28 Kb)
In this work we present the results of spore and pollen analysis of forest soils from the Zvenigorod biological station of Moscow State University (Moscow Region, Russia). A comparative analysis of forest soils formed on the site of historical fields of the XVIII–XIX centuries and beyond showed that a specific complex of pollen and spores remains in the residual arable horizons, characteristic only of soils that have passed through the stages of plowing and fallow. It includes pollen from cultivated cereals and arable weeds (buckwheat, cornflower blue), spores of the mace-shaped plaunus (Lycopodium clavatum), as well as spores of the mosses Riccia glauca and Anthoceros spp. The latter are exclusive indicators of fallows, since they are practically not found in other habitats. The identified pollen indicators can be used in landscape and archaeological research to interpret the data of spore-pollen analysis of cultural layers, buried soils, gully-ravine sediments. They can also be used to define the boundaries of ancient fields under modern vegetation. 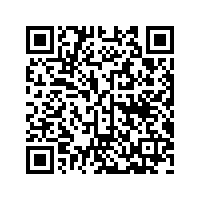