Weapons and Equipment of a Horse from the Necropolis of Karakabа

Download
(757.03 Kb)
The paper analyzes the armament and horse harness from the mounds of the early medieval burial ground of Karakaba located in the territory of East Kazakhstan. The burial ground represented by funerary sites of the early nomads and the early Middle Ages is located on a high plateau in a narrow valley surrounded by mountains and alpine rivers. The valley is located in the upper reaches of the Karakaba River. The burials of the Early Iron Age of the investigated necropolis were disturbed in as early as in antiquity. The burials of the early Middle Ages were untouched, and the first preserved organic materials were discovered inside. Burials with full armament and the accompanying burials of horses and horse bridles were studied in four mounds of the early Turkic period. The armament complex includes sabers, bow, quiver with arrows, and spear. The protective equipment of the buried is represented by harness belts, and in one case an iron helmet with the remains of an aventail. The author is the first to introduce into scientific discourse the materials from untouched burials, which require further analysis and comprehensive understanding. 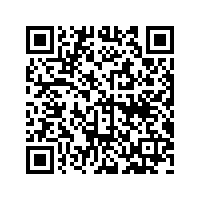