New Finds in South-Eastern Karelia: evidence of ethnic-cultural contacts in medieval culture (on materials of the settlement of Ikshozero I)

Download
(458.69 Kb)
The authors of the paper consider the investigation results of settlement the Ikshozero I which was opened in South-Eastern Karelia in 2018. The monument contains materials of the Neolithic and Eneolithic with comb-pit and rhombus-pit ceramics (IV–III Millennium BC) and a set of original women's jewelry made of non-ferrous metal during 11th –12th centuries. Some jewelry products were typical for the Baltic-Finnish population of the North-West of Russia (bronze suspension with pendant and "rider on a snake", key-amulet, glass beads, iron knife, others (pendant in the form of a shield boss with suspensions), pendant with "pearl" ornament, etc. – for the Finno-Ugric cultures of the North-East. The combination of objects in one archaeological site in a sparsely populated area testifies the ethnic-cultural contacts of the population in the economic development of the Northern lands and the creation of new waterways. According to the authors, from a scientific point of view these findings are valuable as archaeological markers of the almost unexplored territory of Eastern Karelia. 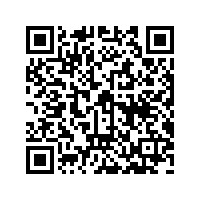