Download
(715.8 Kb)
The authors analyze a collection of unique items – disc plates, pendants and beads made of mollusk shells of the Turbinella pyrum species inhabiting the Indian Ocean, which was collected at Mazunino-type burial grounds in the Middle Kama region. The objective of this work is to determine the routes of their arrival in the Kama region. In India, mollusks of this species have been produced since the 3rd millennium BC and until the present day, and their shells have been used to craft various items, including disc plates. In various periods shell items were common for Mesopotamia, foothills of the Himalayas, the Pamirs, Kazakhstan and the steppe belt of Eurasia. They arrived in the Kama region in the 3rd – 4th cc. from Central Asia along the northern branch of the Great Silk Road. The results of a study of the plates made of Turbinella pyrum shells from Mazunino burial grounds have allowed the authors to approximately localize the production of these items in specialized centers in India 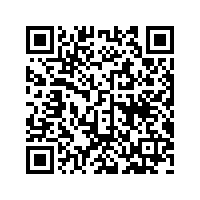