Download
(438.95 Kb)
The wooden finds of various categories found on the territory of the medieval Golden Horde city of Ukek are published in the paper. Finds made of wood for monuments with a dry cultural layer are very rare, which gives them special value. There are the fragments of dishes, carved plate of boxes decorated with ornate carved ornaments and paints, as well as details of various structures, the remains of burial structures, coffins, and finally charcoal from metallurgical furnaces. The bulk of things come from the excavations of the so-called "Christian quarter", investigated in 2010–2013 by the Saratov Regional Museum of Local Lore. The cultural layer in this part of the settlement reaches 3–3,5 m, and dates from the second half of the 13th century to 1360-ies. The authors also considered the materials from the study of Mausoleum 1 held by Saratov Academic Archive Commission in 1913 and results of the resque 2014 excavations of the Western necropolis at the settlement. The authors paid special attention to the definition of wood species from which different categories of finds were made. The analysis allows the authors to trace clearly the commonality of craft traditions in the choice as an ornamental and building material in the Golden Horde Ukek and the ancient Russian cities. 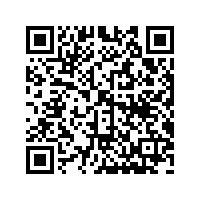