On the Question of Leather Production in the Golden Horde: results of archaeological and archaeozoological research in the Madzhar Settlement in 2017

Download
(665.06 Kb)
Institute of Archaeology named after A. Kh. Khalikov Tatarstan Academy of Sciences since 2015 has been realazing systematic archaeological research on the Golden Horde settlement of Madzhar. In the excavation site XIII in 2017 an unusual complex of structures was investigated – a brick pavement and a deep narrow trench dating synchronously from the 1310-s to the 1340-s. In the same part of the excavation, archaeological research has revealed a specific filling of cultural laers with animal bones – a powerful accumulation of cattle and small ruminant remains, with a special anatomical set consisting of heads and metapodia. Such remnants are formed only as a result of slaughter of animals for handling of skins. A comparison of the archaeological context with the results of archaeozoological research suggests that the identified structures are the remnants of the workshop complex for the primary processing of cattle hides as part of the technological cycle of leather production. This finding demonstrates that animal skins, the main suppliers of which were nomad steppe, were accumulated and processed in towns where these products became the most important export commodity of the Golden Horde State. 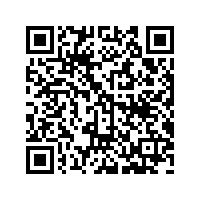