Interdisciplinary Study of the Liao Empire Walled Towns of the Central Mongolia: the experience of using the archaeobotanical approach

Download
(385.68 Kb)
Results of the test used of the archaeobotanical approach during archaeological studies of two walled towns Chintolgoy-balgas and Khermen-denzh of the Khitan State located in Tola River valley in the Central Mongolia have shown the existence of the local agriculture. More 8000 seeds were found in 10 samples (2 samples from Khermen-denzh and 8 ones from Chintolgoy-balgas). The remains of broomcorn millet (Panicum miliaceum) are dominant among the seeds of cultural plants. Its caryopses and glumes were found in 9 samples from 10 ones. The finds of the foxtail millet (Setaria italica) and buckwheat (Fagopyrum esculentum) seeds are rare and not enough for the reliable reconstructions of their use and place in the economy of the habitants. The sample No. 1 of Chintolgoy-balgas site contains 5154 seeds. 45% of them or 2328 pieces belong to the cultural plants. The seeds of broomcorn millet (2315 pcs.) prevail among them. More the half of these seeds (1299 pcs.) are unripe caryopses. Also 53% of the all plant remains in the sample are weedy plants seeds, among which 2104 caryopses of green foxtail (cf. Setaria viridis) and 629 seeds of goosefoot (Chenopodium sp.). The sample is not associated with garbage deposits, as it was obtained from the deposit of adobe dwelling. Thereby it allowed us to conclude that there are a high contamination of millet crops with weeds and low productivity of local agriculture in general and too early harvest of this millet in particularly.

Sergusheva Elena A. Candidate of Historical Sciences. Institute of History, Archaeology and Ethnography of the Peoples of the Far East of the Far Eastern Branch of the Russian Academy of Sciences. Pushkinskaya St., 89, Vladivostok, 690001, Russian Federation; lenasergu@gmail.com 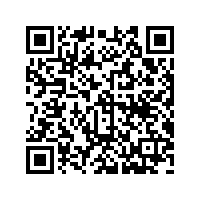