Unusual «Grain» Accumulations in Bolgar Fortified Settlement – what is in Basis?

Download
(700.3 Kb)
The author discusses 16 very unusual accumulations of charred plant macro-remains found at the bottom of the pits in Bolgar fortified settlement (pre-Mongol and early Golden Horde periods). A distinctive feature is their multicomponent structure – in addition to grain in the composition, straw (sometimes hay), chaff, weed plants and manure are present in different proportions. Many archaeobotanical evidence of these plant complexes (the abundance of naked cereals chaff; the remains of lemma and palea on the bread wheat and rye caryopses, indicating burning in ears; the presence of basal fragments of straw, tillering nodes, as well as whole inflorescences and infructescences of wild plants) indicate that they were based on by-products of the first stages of crop cleaning after threshing – winnowing and coarse sieving. Crop waste is still now a valuable animal feed. Most of the Bolgar’ pits with such plant assemblage were dug in sandy soil and were not specially equipped in any way, so it is logical to assume that they could serve only for short-term fodder storage. Later, when the pits became unsuitable for further use, the products of cleaning the stable (bedding with dung) were dumped in them, and all the contents were deliberately burnt there. There is no doubt that this hypothesis requires additional research, as well as the development of special strategy for more accurate and detailed sampling in the case of new finds. 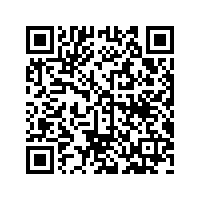