Download
(517.74 Kb)
The paper considers one of characteristic elements of material culture of the ancient and medieval mordva – annular clasps with unjointed tips and loosely revolving lock-tabs (the syul'gamas). This jewelry is common for the Volga region Finns, has long chronology of existing and is characterized by the considerable variability of forms. The comparative and typological analysis allows the authors to make the conclusion that the syul'gamas form evolutionary ranks and may be used as the dating objects. Clasps with tips, which were flattened to triangular blades, appeared in the second half of the 11th century. Their further evolution passed in the direction of expansion of blades. This type of annular clasps is widely presented only in burial grounds of the Mordva people, this fact allows the authors to consider this jewelry as an item to define the ethnicity. Localization the finds of annular clasps on the map shows that from the 11th to 14th centuries they were an element of material culture that was common to all the Mordva people, and from the 16th century these clasps were used only by the Mordva-Moksha.

Kemaev Evgeny N. Department of Archaeology of Research Institute for the Humanities at the Government of the Republic Mordovia. L. Tolstoy St., 3, Saransk, 430005, Republic of Mordovia, Russian Federation; evg.kemaev@yandex.ru 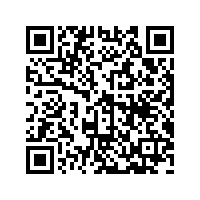