Download
(1.27 Mb)
The materials of 25 burials of the burial ground “Kuzinskie hutora” located on the left bank of the Vetluga (Kostroma region, Sharya district) are represented in the paper. This archaeological site was opened in 2013 by V.V. Nikitin and investigated by T.B. Nikitina and A.V. Akilbaev in 2014, 2017. Study of this archaeological site continues. Accompanying burial inventory has a wide range of analogies, on the basis of which the authors make the relative dating of the site within the 9th–11th centuries. Among the inventory there is a range of things (belt elements, some types of weapons, steels), which have spread throughout this period throughout the forest-steppe zone of the European part of Russia. But some items that are the matter for ethnic and cultural identification may be singled out clearly among the burial inventory. Head metal chains, temple rings in the form of a bracelet, chest ornaments in the form of a trapezoid, shoe pendants in the form of eye glasses are considered associated with the Mari population of Vetluga-Vyatka interfluve. Separate items (pendants with two heads of horses, buckle with bear image) indicate a connection with the Perm population of Kama region. Correlation of certain types of the artifacts with definite burials will allow in the future identifying the ethnic groups, associated with this unique necropolis. 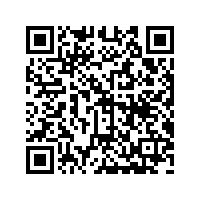