Download
(344.04 Kb)
The purpose of this study is to identify changes in the quality of silver coin minted in Bukhara and Samarkand at Khan Kebek, compared with similar coins in the previous period (post-reform "Masudbek" emissions). A statistically significant number of coins are studied by X-ray fluorescence analysis (XRF). As a result of the study, three groups of coins were revealed (I and II – “Masudbek” dirhams of the end 13th – early 14th cc., III – post-reform Kebek dirhams of Samarkand and Bukhara). The XRF method established that the silver content in the pre-reform "Masudbek" dirhams corresponds to the medieval quality level of nine-tenth (nine parts of silver and one part of the alloy ligature with impurities), and in the post-reform Kebek dirhams – the ten-tenth (that is, "pure" silver). However, the obtained values of the chemical composition may be overestimated; therefore, in order to clarify the absolute values, it is necessary to verify these results by another method, which gives an integrated quantitative assessment of the element's content in the coin metal volume.

Baitanayev Bauyrzhan A. Academician of the National Academy of the RK. Doctor of Historical Sciences. Director of the Institute of Archaeology after A. H. Margulan. Dostyk Ave., 44, Shevchenko Str., 28, Almaty, 050010, the Republic of Kazakhstan; baytanaev@mail.ru 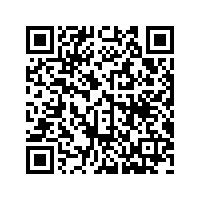