Download
(902.59 Kb)
Two mirrors which were unearthed in 2016–2017 on the Nur-Tukhum archaeological complex are analyzed in the paper. The first finding is represented by a fragment of a Chinese bronze mirror of the TLV type, originating from the Xiongnu burial, the second one is a round metal mirror from a medieval dwelling. The T-, L- and V-shaped signs, as well as images of fantastic creatures are fixed on preserved fragment of the ornamental field of the Chinese mirror. The mirrors of this type are dated by 1st –2nd centuries AD. The main ornamental field of the second mirror is filled with images of dragons of the air and water elements. The artifact differs in its characteristics from similar mirrors by the absence of a cone-loop in the center of the product and an eight-arched frame on the inside of the rim. Such mirrors are dated from the 13th – 14th centuries. The authors describe the mirrors, the technology and chemical composition of products, a chronological justification, and also reveal the semantics of images. 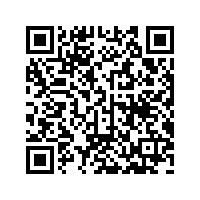