Coin Finds from the Crymsky District of Krasnodar Region

Download
(341.76 Kb)
The paper introduces into scientific circulation a collection of coins made of gold, silver and copper, discovered during the archaeological study of the settlement “Ekonomicheskoe” of the Crymsky district of Krasnodar region. In 2018, rescue excavations of the settlement were carried out by a joint archaeological expedition of the Research center for the preservation of cultural heritage (Saratov), The Institute of Archaeology named after A.Kh. Khalikov, Tatarstan Academy of Sciences (Kazan) and the Mari State University (Yoshkar-Ola). The analysis of nine coins identified copper coins of the Bosporus Kingdom, “Taman denarii”, revealed barbaric imitations of the Roman denarii of Marcus Aurelius, as well as a rare type of stater of Aspurgus 27 AD. 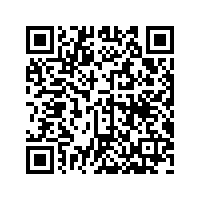