Download
(733.7 Kb)
Infrastructure of the north branch of Great Silk Road is the valuable source for the reconstruction of integral picture of historical, ethnocultural and economical development of Сaspian tribes and peoples in the Middle Ages. The analysis of writing and archaeological sources showed that despite the success of Golden Horde cities research, the branching network of trade routes and caravanserais on the south of Russia were left unstudied. That’s why, in the paper special attention was given to attempts of reconstruction of overland roads on the north branch of Great Silk Road based on space photos, cartography sources, writing and archaeological sources. The authors suggest that not less important direction in the research of the structure and functions of the north branch of Great Silk Road is the research in the caravanserais as the interim element between large trade centers, which will allow the authors to show their place in the communicational system and to give a new outlook on the interrelations between urban and nomadic cultures.

Baitanayev Bauyrzhan A. Academician of the National Academy of the RK. Doctor of Historical Sciences. Director of the Institute of Archaeology after A. H. Margulan. Dostyk Ave., 44, Shevchenko Str., 28, Almaty, 050010, the Republic of Kazakhstan; baytanaev@mail.ru 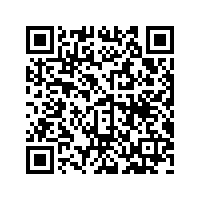