To the semantics of plates from the village of Shilovka

Download
(1.17 Mb)
Among the finds made on the sites located in the Middle Volga region and Siberia, ivory plaques of high artistic value used to adorn combat saddle pommel are met. They would bear floral ornamentation or depict hunting scenes, reflecting the spiritual world of a nomad warrior. These images are dated widely, but not later than the 7th or 8th centuries. They were drawn with a sharp cutter and blackened down the lines. Of special interest are the bone plates from the Shilovka burial ground site (Uyanovsk oblast) with the following images: two dragons in a heraldic posture, deer hunt scenes, horsemen in ambush, fight with a bear, and defense of the fortress. In the author’s opinion, the Shilovka plates depict a dramatic episode in the life of a Turkic warlord, which occurred in the midst of hostilities. During the hunt, a huge bear was unleashed against him. Part of his heavily armed convoy (or suite) fled; some soldiers got ambushed (the enemy shot them from armor-piercing bows). Saving his life, the captain knelt and bent his bow, whose string broke at the most inopportune moment. Perhaps he died fighting a bear. One can assume that it was a stratagem of the enemy, which decided the outcome of the war. The symbol of victory on the plates is represented by the dragons, frozen in a heraldic posture, and expressing the basic principle of life characteristic of the nomad warriors in the Early Middle Ages: prosperity and well-being at a price of war and victories. The plaques were placed into the winner’s grave. 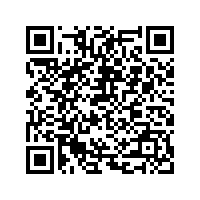