Download
(470.88 Kb)
The authors publish the results of the excavations of the suburban sanctuary, which is located at the nearest country of the hillfort Babish-Mulla, approximately five hundred meters to the south from the defensive wall of the shahristan. The monument is completely excavated. In the center of the yard, which is vast and almost square in plan, enclosed by a defensive wall, there is a small rectangular room with a square altar in the center made of raw bricks. By the characters of the cultural layer, more precisely, by the absence of the layer, as well as by the characteristic planning scheme, there are all reasons to suppose that this object is associated with the cult. The authors can only guess about nature of this cult. According to the accompanying material, the monument can be dated within the 3rd–2nd centuries BC. This dating is based on the fragments of ceramics presented in the complex, which were undoubtedly the parts of Hellenistic vessels. These vessels could not appear on the territory of the Lower Syr Darya before the beginning of the 3rd century BC. 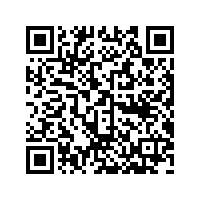