Download
(1.82 Mb)
The paper features the results of a comprehensive study of the fortifications of the Troitskii-Urai I hillfort. An analysis of a rampart section using the archaeological, geomorphological, palynological and soil science methods has made it possible to draw the following conclusions. The hillfort was built at the site of a community of the Bronze Age – the beginning of the Early Iron Age (12th – 9th centuries B.C.), and the rampart is connected to a saddle, which became an additional element of fortification. Two stages of the rampart’s construction were identified, which was completed by the population of the Post-Maklasheevka culture of Ananyino cultural and historical area. The early rampart is dated the 8th – 5th centuries B.C., and the late rampart was constructed in late 5th – 3rd/2nd centuries B.C. No information on the participation of representatives of the Imenkovo and Bolgar pre-Mongol cultures in the construction of the rampart has been revealed in this section. Throughout the entire period of the hillfort’s existence in the Early Iron Age, its inhabitants were engaged in agriculture, and the predominant consumed food items at its initial and late stages were fish and meat, respectively. The Troitskii-Urai II hillfort was built to the west of the Troitskii-Urai I hillfort in the Imenkovo period (4th –6th centuries).The second one significantly differs in terms of rampart morphology. 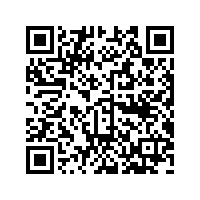