Organization of Settlements of the Early Iron Age in Jetzsu

Download
(1.91 Mb)
Number of new materials of ancient settlements from Shu-Ile mountains and ridge of Ile Alatau are introduced in into scientific circulation in the paper. Data on location and structure of settlements of the Early Iron age are summarized on the basis of investigations, conducted on the territory of Jetysu by various expeditions of the A. Kh. Margulan Institute of Archaeology. The issues of reconstruction of the Early Iron Age house building`s traditions in different climatic zones are considered. They were depended on processes of economic and cultural development of the population of the region. The author found that settlements of farmers were concentrated mainly on the exit of the gorges and valleys of big rivers. And the ancient cattle breeders occupied steppe mountains and semi-deserts, as well as gorges and high plateaus. Economic and cultural relations and mutually beneficial trade with the population of Central and Eastern Kazakhstan and Central Asia contributed to the growth of the population of Jetysu during this period. As the result it led to the development of all ecological niches of the region. 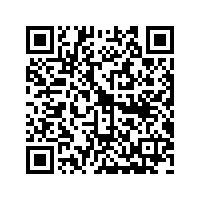