Download
(632.91 Kb)
The paper summarizes the available and presents new materials for the reconstruction of economic and industrial activities of the Cherkaskul culture population on the territory of the forest-steppe Tobol river. The results of paleozoologiсal analysis showed that cattle breeding was the basis of economy. It is characterized by predominance of cattle in the herd. The use-were analysis of tools made of stone, bone and clay from the Cherkaskul settlements allowed to attribute most of the products functionally. The tools for furrier, metal, ceramic etc. industries were identified. The similar structure of branches and the range of tools are regarded typical for cultures of Late Bronze Age of the Trans-Urals. The small quartzite pebbles are considered as specific instruments of the Cherkaskul culture. They were used in processing leather and ceramic industries. It was established that stone tools were often multifunctional. As a result, the conclusion has been made concerning a comprehensive pastoral economy with a different proportion of the other industries was inherent in the Сherkaskul culture population. 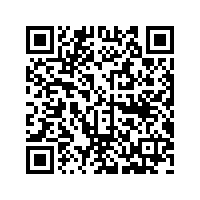