Download
(678.55 Kb)
The paper features the results of a comparative technical, technological and morphological study of two groups of medieval pottery ceramics from Kurmysh-4 settlement - with a gruss or sand admixture, and an addition of crushed shell. The author presents information characterizing the archaeological and general historical contexts of the distribution of pottery ware with a shell admixture across the sites of Nizhny Novgorod Volga region. It is suggested that the corresponding pottery tradition established in the areas densely inhabited by Russian population outside the territory of Nizhny Novgorod principality – in the Volga Uluses of the Golden Horde, on the banks of the Middle Volga or in the Lower Kama region. The author proposes to consider the traces of pretreatment of the leaner admixture particles (mollusk shells) in the form of calcination for the attribution of the corresponding variety of Volga pottery ware. 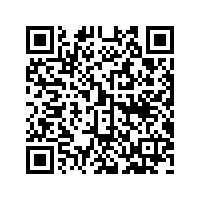