Turkic «Memorial» Objects of the Ust-Karasu Complex (Central Altai): based on the materials of the A.S. Vasyutin`s excavations

Download
(885.87 Kb)
The paper contains the publication of materials from the excavations of the Turkic «memorial» objects of the Ust-Karasu site. These structures, located in Central Altai, were investigated by the Altai party of the South Siberian archaeological expedition under the leadership of A.S. Vasyutin in 1983, but so far have not been fully introduced into scientific circulation. A detailed description and a cultural and chronological interpretation of the three structures studied are presented – object №1 and enclosures A-1–2. There are signs indicating the possibility of attributing the excavated complexes to the Early Türkic time – miniature stone boxes, northern orientation of out-of- enclosures objects, structures in the form of a multi-plate box, as well as ground construction in the form of a kurgan embankment. Chronology of buildings, established the second half of the the 5th – 6th centuries AD, confirms the characteristics of the detected items, especially iron stirrups. Memorial objects of the Ust-Karasu complex are considered by the authors to reflect the early stratum of the Turkic traditions, demonstrating the characteristics of their culture before the creation of the First Kaganate and, possibly, in the first decades after the creation of the empire. 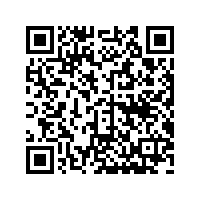